Racial Capitalism is a term that has reached mainstream media attention over the past few years; however, it is an academically debated term stemming largely from Cedric J. Robinson’s seminal work Black Marxism. During this series of three workshops we will explore:

These workshops will be led by Dr. Jasmine Noelle Yarish who trained under Dr. Cedric J. Robinson at UC Santa Barbara, and is currently an assistant professor of political theory at the University of the District of Columbia and resident of Philadelphia. These workshops are being presented by the Racial Justice Committee of Philly DSA. 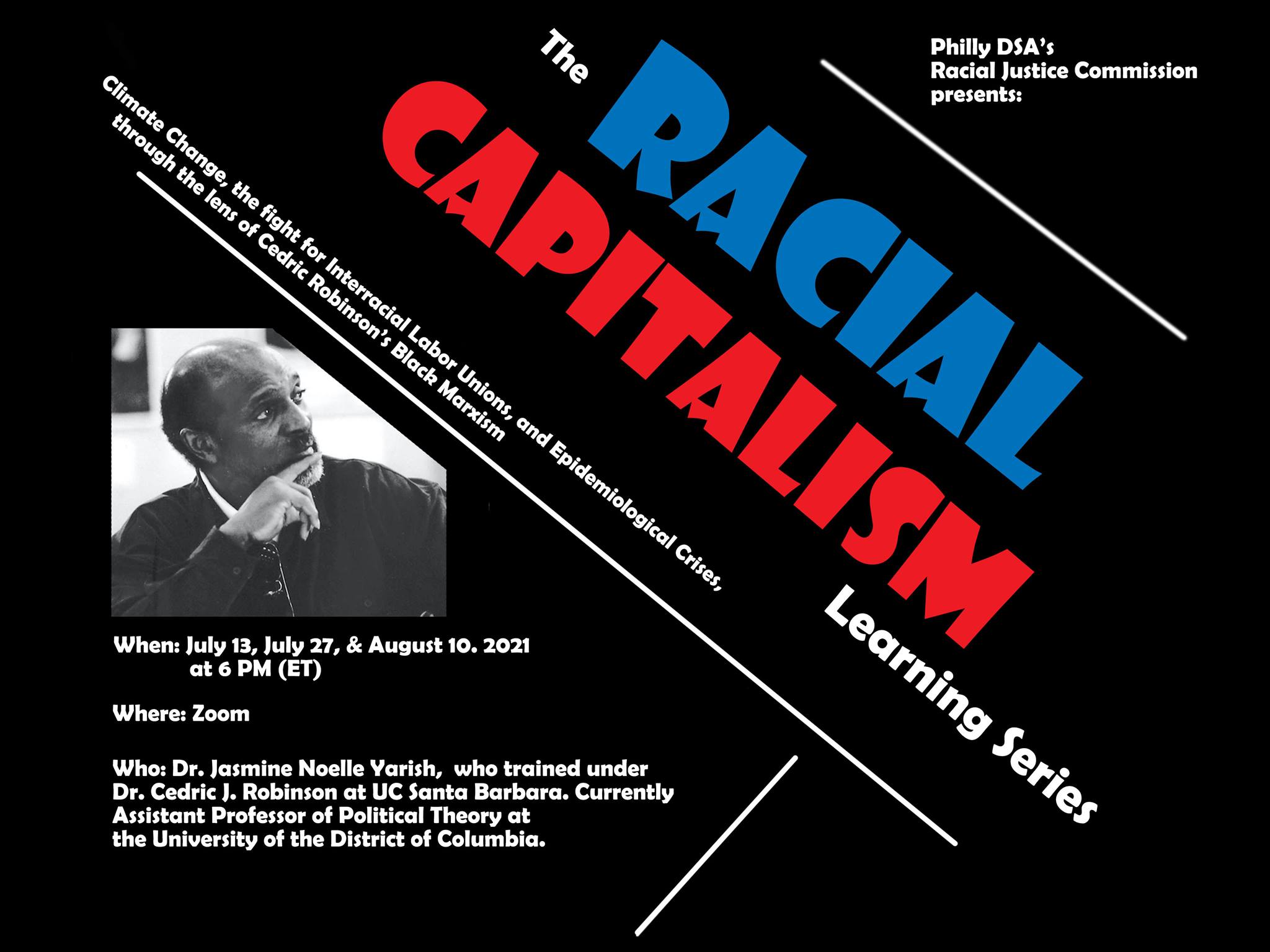