In the last five years, the Left has advanced ambitious “big picture” policies—Medicare-for-all, a Green New Deal, and universal childcare. Two demands that have sparked controversy are proposals for a universal basic income and a job guarantee. For some, universal basic income would open the backdoor to privatizing the welfare state. For others, a job guarantee is reminiscent of Soviet-style workfare programs. How can we most effectively free people from the tyranny of the market and empower workers?

Join Philly DSA as we host Matt Bruenig of the People’s Policy Project and Mark Paul of the Roosevelt Institute for a debate of a universal basic income vs. a jobs guarantee. 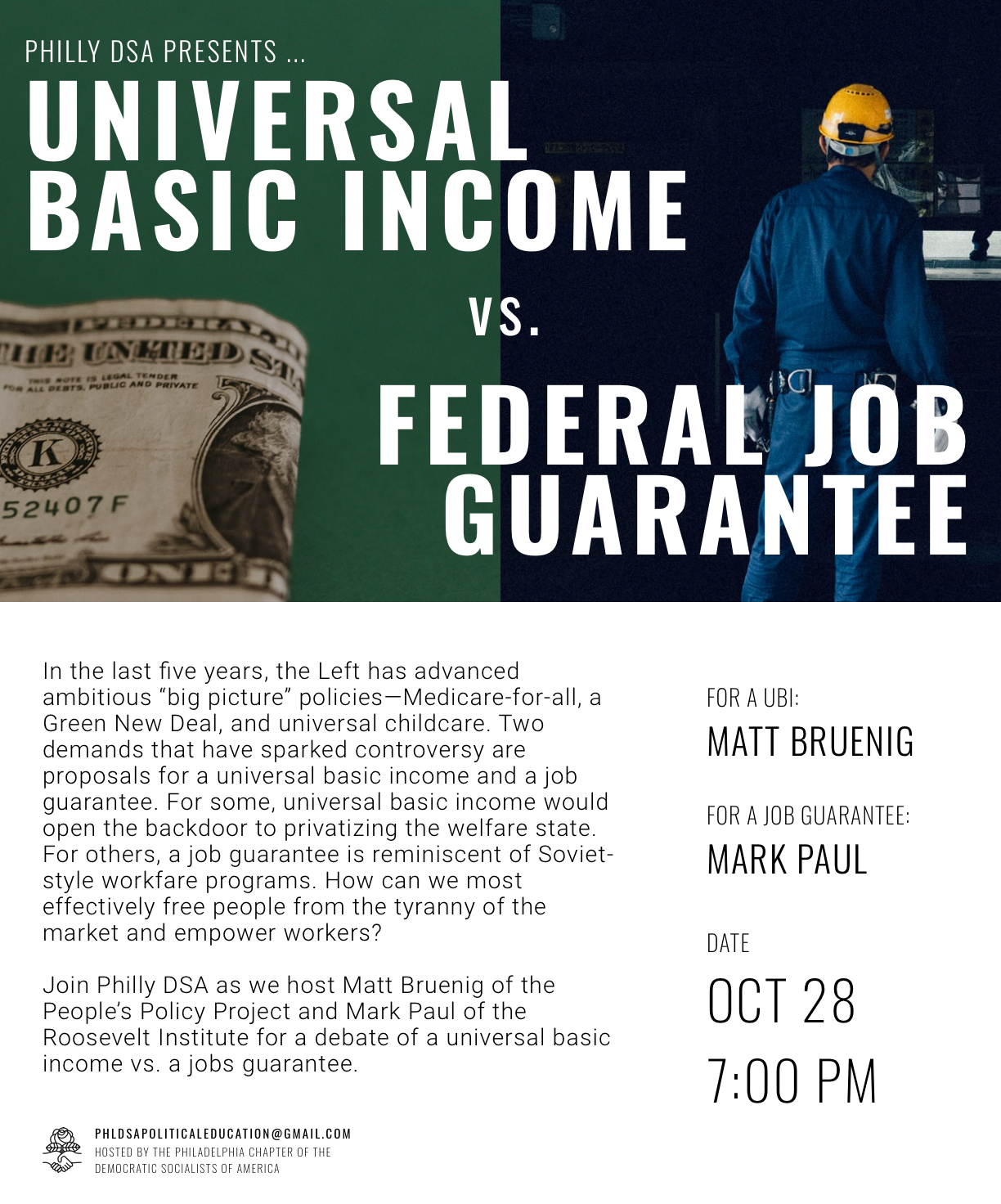 The Marxism and Politics Lecture event series brings political analysts and writers to Philadelphia (virtually) to give seminars on their recent work. These lectures cover a variety of topics, but they share a common historical materialist lens by which to understand and analyze political struggles.