Join PHL DSA for our Marxism and Politics Lecture Series.  We are bringing political analysts and writers to Philadelphia to give seminars on their recent work. These lectures cover a variety of topics, but they share a common historical materialist lens by which to understand and analyze political struggles. 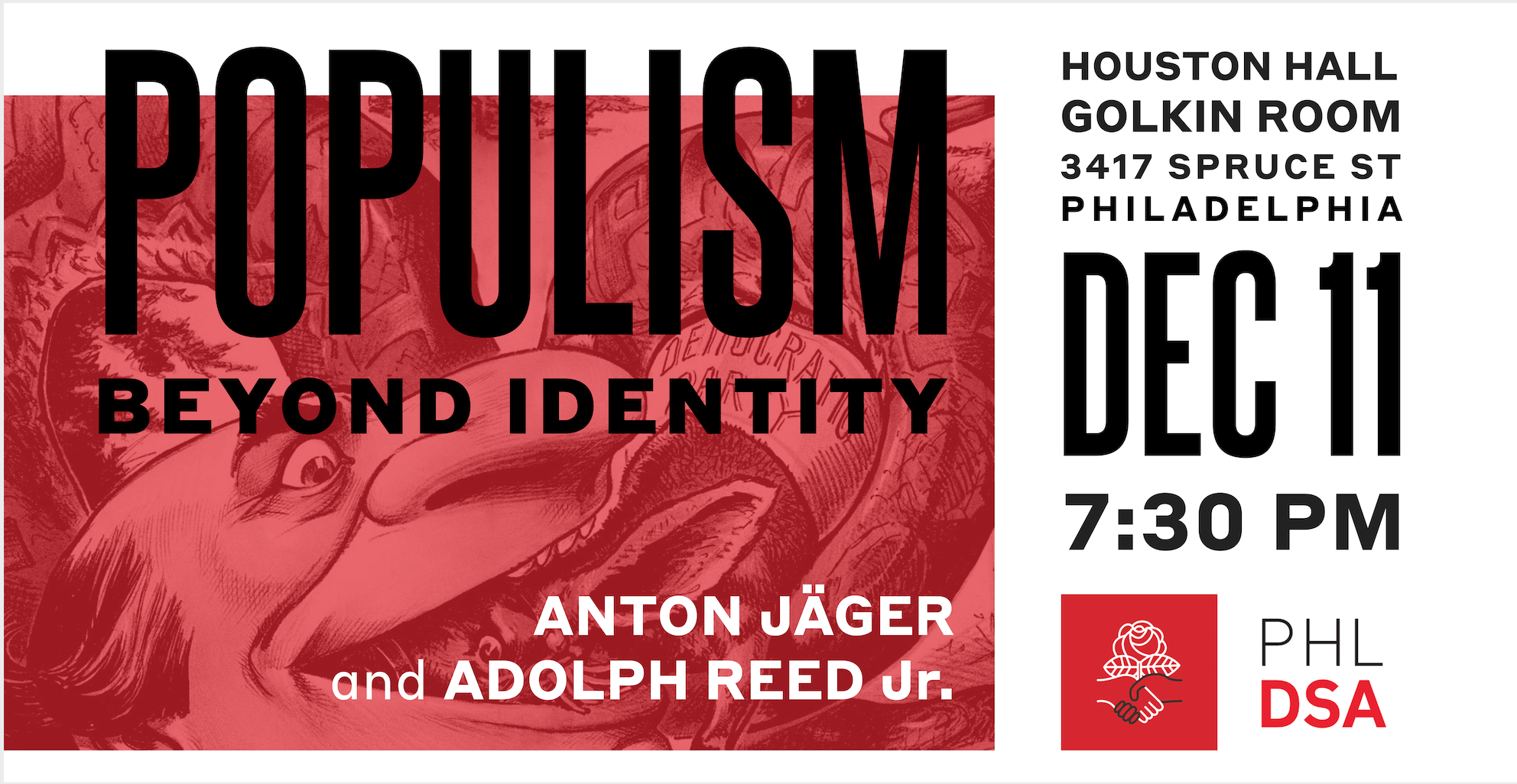 The 2016 U.S. presidential election witnessed the widespread proliferation of the term "populism." The American mainstream media labeled both Donald Trump—a xenophobic billionaire—and Bernie Sanders—a self-identified democratic socialist—populists because of their opposition to economic elites. A similar trend became visible in Europe, where liberal commentators sorted both left- and rightwing parties into the "populist" basket, mainly in the aftermath of the continent’s Eurocrisis. This usage is symptomatic of the now confused meaning of the term, which has altered considerably since its first American use in 1891. "Populism" no longer refers to a style of class-based politics anchored in mass parties that characterized the late 19th century. In fact, today, “populism” is not about class or party democracy at all. In his lecture, Anton Jäger will map out the everchanging meanings of the term, describe its new form as an “antiparticularist identity politics” hostile to party formation,   and offer a way forward for a populism beyond identity.