For this lecture, David Broder (Jacobin magazine's Europe editor), Amber A'Lee Frost, and Alex Gourevitch (associate professor of political science at Brown University) will discuss the unique challenges Jeremy Corbyn and Momentum faced in trying to take back a party from Third-Way Blarism.

Note: This event is postponed because of COVID-19 and will no longer be held on March 19; we are trying to reschedule the lecture and will post an update when we have more information.

For years, American socialists have watched with excitement as Jeremy Corbyn’s sudden rise in the UK Labour Party seemed to mirror Bernie Sanders’ surge to national prominence in the US. It was a deeply felt shock when the party, with historic roots in the working class and an ambitious Manifesto calling for nationalization of major industries, lost to Boris Johnson and the Tories. As left-wing activists within Labour sought to rid the party of Third-Way Blairism, they were forced to contend with conflicting demands, particularly around Brexit, pushed by different components of the party base. In this talk, our panelists will discuss the unique challenges Jeremy Corbyn and Momentum faced in trying to take back a party, and how the political landscape around the most recent UK election led to defeat. Crucially, we will explore the implications this has for socialist political strategy more broadly and what lessons translate to the current American election. 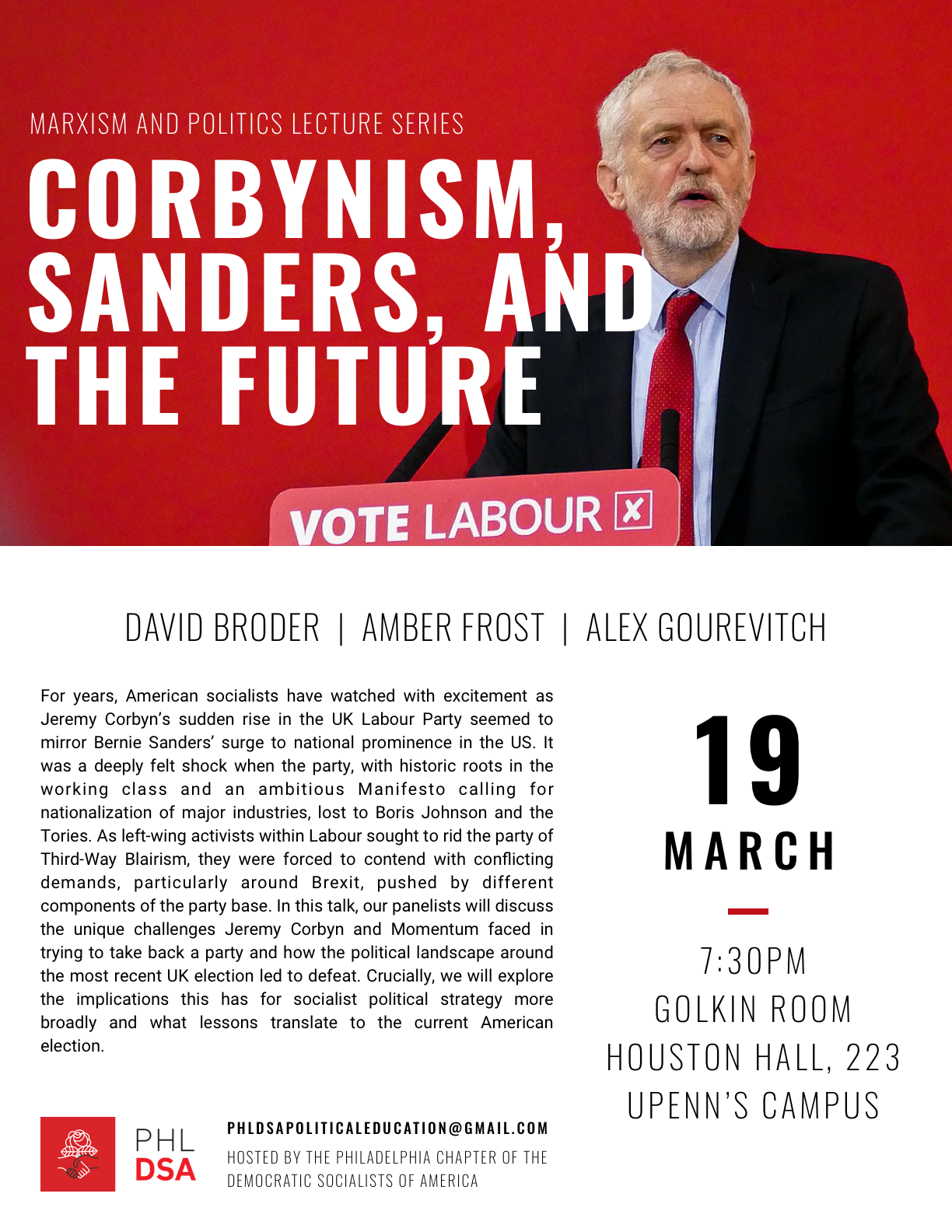 Isn't it time to do something? Get involved with the Local.