In this session of Marxism Reading Group, we'll be revisiting one of the great strategic debates in the history of the socialist movement. As the Social Democratic Party of Germany steadily grew more powerful in parliament and in the streets, debate broke out about its ultimate goals. Was this proof that capitalism was reforming itself and that Marx's apocalyptic predictions were wrong? Or was this a fatal delusion that ignored capitalism's explosive contradictions, as Luxemburg argued?

This summer, the Marxism Reading Group will meet via Zoom on alternating Wednesdays to discuss the earliest years of Marxism.

Over the course of eight sessions, we’ll revisit some of the major pioneers of Marxist history, from Karl Marx and Friedrich Engels to Vladimir Lenin and Rosa Luxemburg.

Along the way, we’ll explore the basics of Marx’s economic ideas; examine debates within Marxism about political strategy; read through early discussions of gender and social equality; and consider attempts to translate Marxist ideas into political practice.

If you've ever wondered what the word "Marxism" actually means–or, if you've struggled to make inroads into Marx's daunting Capital–now is the perfect chance to get involved. Whether you’re a longtime reader of Marx or someone just looking to understand the roots of our current socialist movement, the Marxism Reading Group is for you! 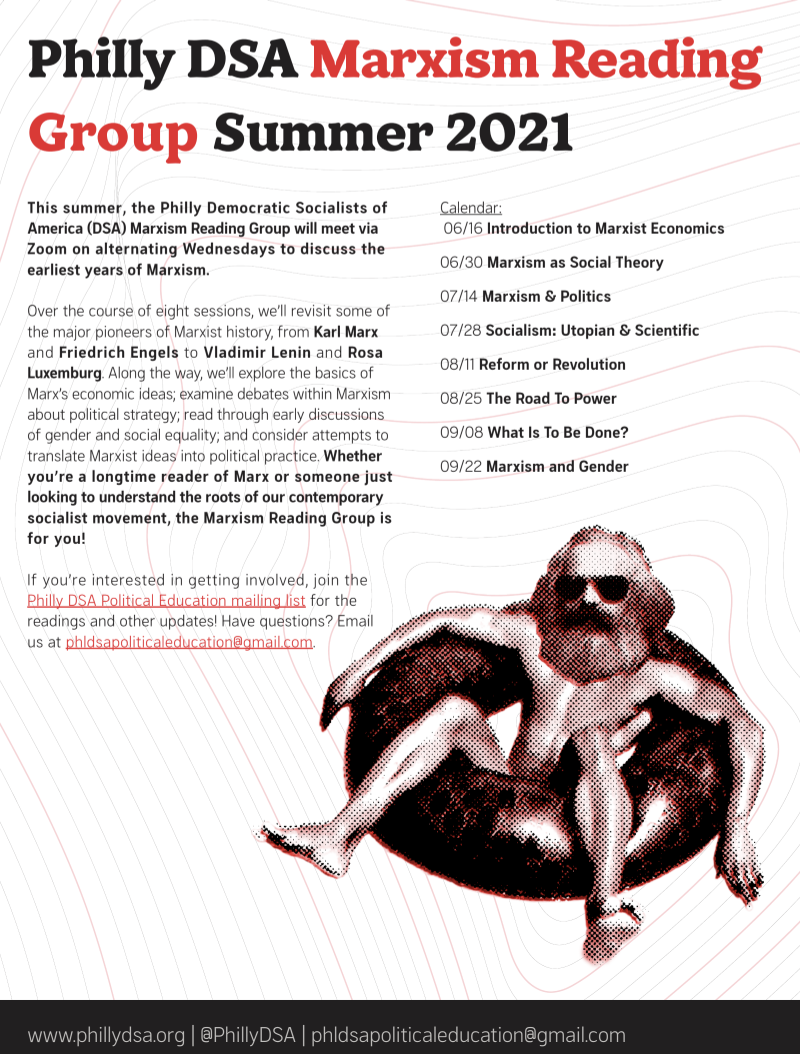