Starbucks workers across the country have been fighting for their union for more than a year. Despite its progressive branding, Starbucks has responded with a shameless union-busting campaign. The company has broken national labor law in countless ways, including by punishing and firing workers who support the union. Throughout, Starbucks refuses to sit down at the bargaining table and negotiate a contract with the union.

But Starbucks workers aren’t backing down! Last month, over 100 Starbucks stores nationwide (including four in Philadelphia) went on strike in protest of short staffing and bad faith bargaining. Every day on the job, Starbucks workers are organizing their coworkers, getting ready to take bigger and more powerful action to force the company to the negotiating table.

Philly DSA has been proud to support Philadelphia Starbucks workers from the beginning. On December 21 at 6:00 PM, we’ll be hosting a fundraiser at Gojjo in West Philly to support the Starbucks workers’ strike fund so they can continue organizing to force the boss to the table. Join us for a good time and a good cause! 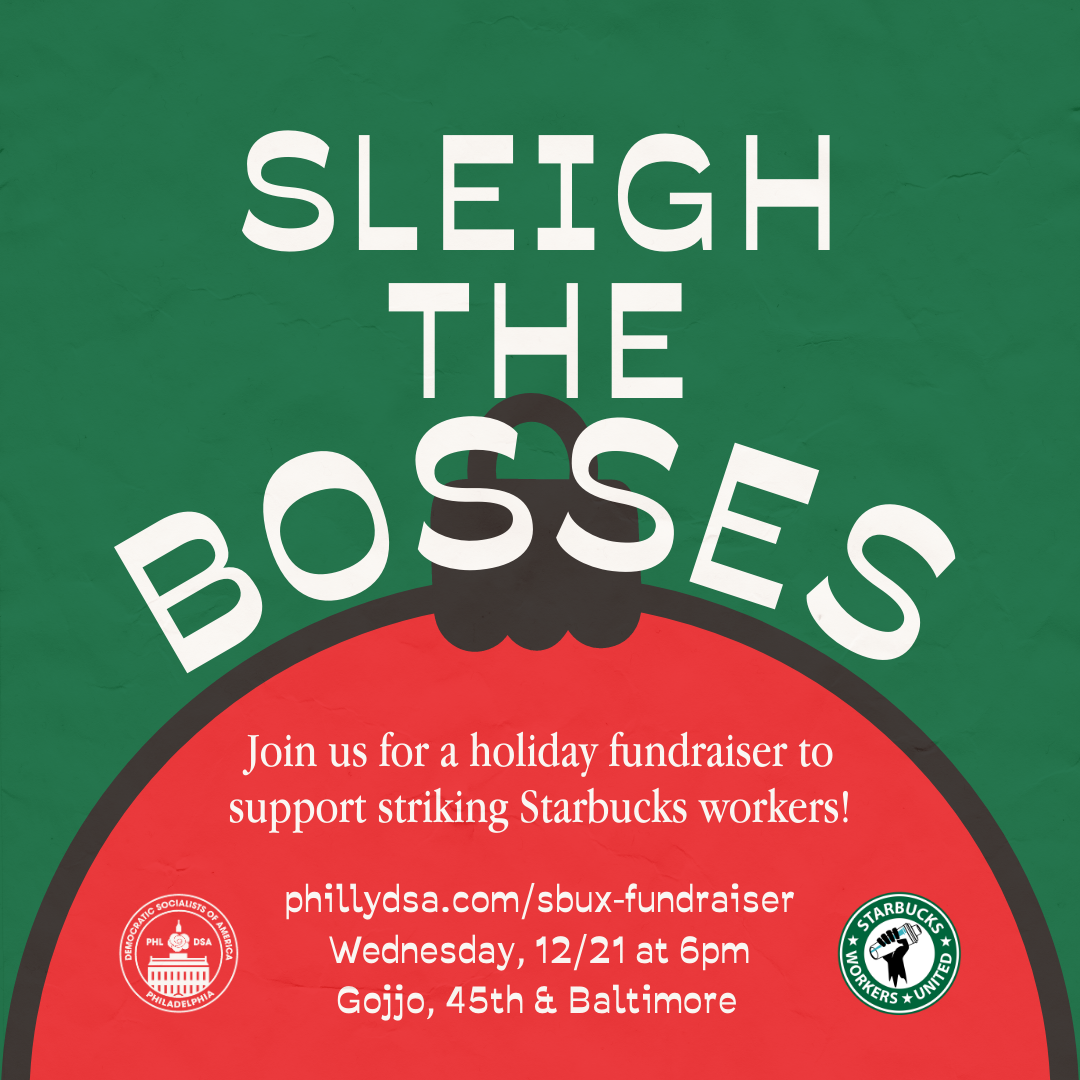 *All are welcome, regardless of your ability to donate. If you'd like to skip a donation, select "No thanks, I'd just like to donate."